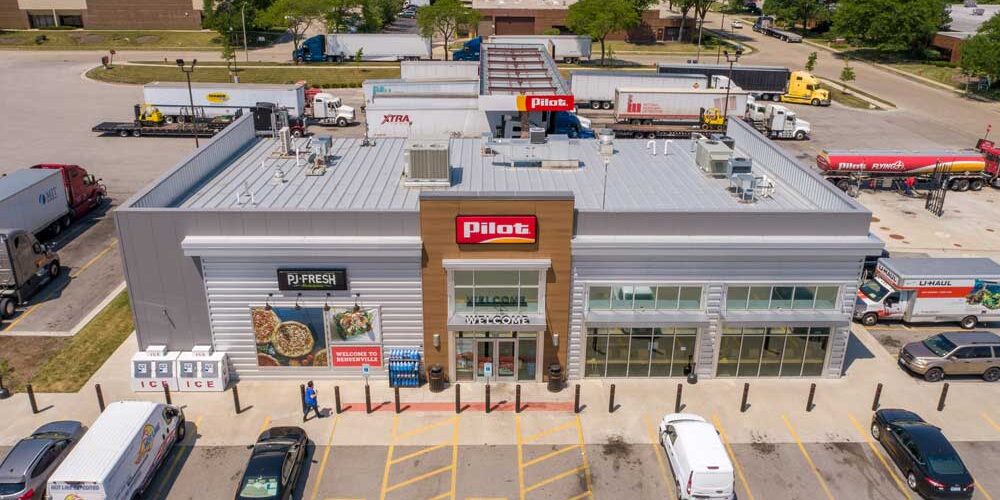 A redevelopment of a former two-story office building, the project was a joint venture between Bluestone Single Tenant Properties of Chicago and Gullo International of Elk Grove Village.  The two firms also partnered to build the Thorntons Commercial Fueling Center on the corner of Illinois Route 83 & Foster one a half miles south of the new Pilot store.

“We’re thrilled to serve the Bensenville community and contribute to the local economy with our new travel center,” said Ken Parent, president of Pilot Flying J. “Both Bensenville residents and those traveling through the DuPage County area will soon be able to enjoy the convenience and amenities of this Pilot Travel Center.”